it gives a lovely light

The Paris Peace Conference was a historic meeting of the victorious Allied Powers after the end of World War I, to discuss terms of peace. By the end, it produced the Treaty of Versailles. (signed on June 28, 1919, in the Hall of Mirrors) An aspect of Canadian political autonomy gained here was when Sir Robert Borden fought for Canada to have the right to sign the Treaty of Versailles, independent of Great Britain. With 60,000 Canadians dead, Borden believed that Canada had won the right to separate representation, but in the end, the Dominion of Canada was indented beneath the signature for Great Britain. However, this marked the first steps towards Canadian political and social autonomy.

France, Great Britain, and the US created the beginnings of a League of Nations, but it was never ratified by US President Woodrow Wilson. Despite this blow, the League was comprised of 63 states, headquartered in Geneva, Switzerland. Canadians Sir Herbert Ames and Raoul Dandurand are known for serving as financial director, and strengthened procedures in organizing minorities in Europe, respectively. 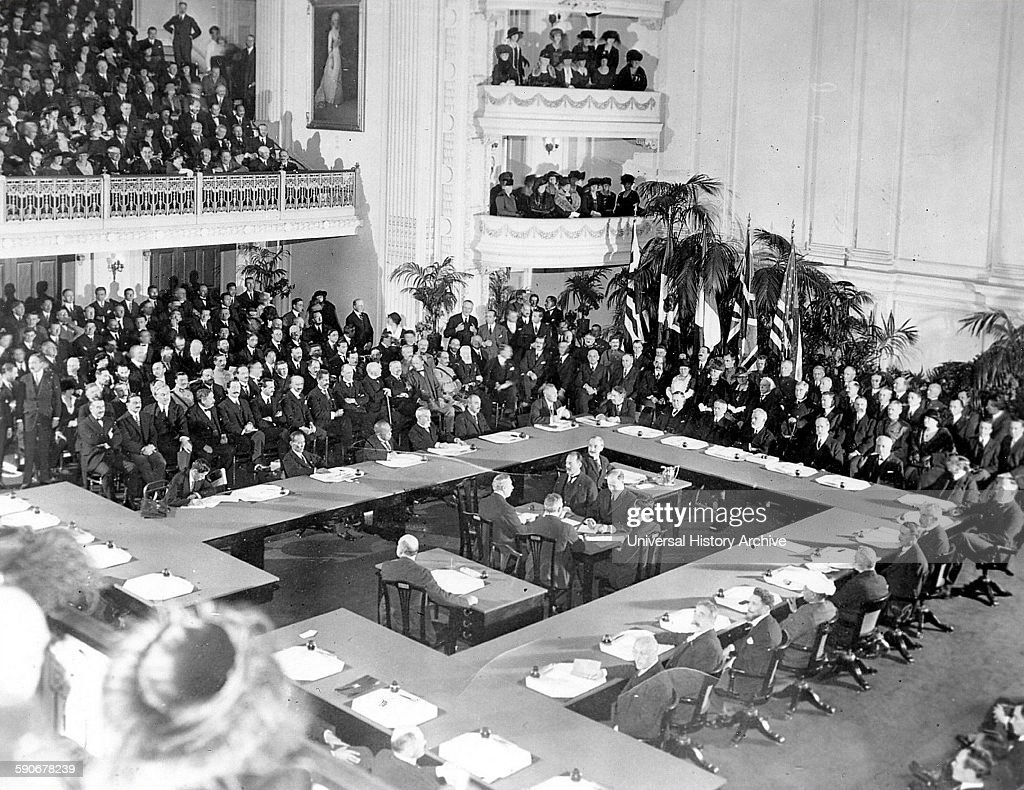 “One of the effects of the war on Canada was to make her more ready to take a direct place in the world of states. Its military and economic effort in the war had given her confidence, a sense of accomplishment, and added impetus to a slowly rising spirit of nationalism.” – G. P. deT Glazebrook

Newspapers from the time regarded Canada’s place at the Paris Peace Conference the culmination of her effort during the war. Canadians largely wished for greater representation and independence from the shadow of Great Britain. However, Canadian public opinion didn’t have much sway over the Canadian delegates, who were overseas, in Paris. Canadian newspapers began to write unfavorably of how long Prime Minister Borden was spending in Paris, and even favorable reviews failed during the Winnipeg General Strike, for presses did not have paper to print upon.

One of my main sources for the answers above is this thesis: “Canadian Newspapers and the Paris Peace Conference of 1919: A Study of English-Language Media Opinion by Victor Sauntry”

“Using religious language that compared the post-war to a religious rebirth and the dawning of a new era, Canadian newspapers outlined what they thought should be accomplished at the Peace Conference. Echoing the Wilsonian hope that an international organization would eliminate the old system of secret treaties and bring diplomacy into the open, the Canadian press emphasized a need for a just peace, an end to the balance of power and the end of conscription.”

As shown in Hamilton, “dying is easy, governing is harder”. Upon the battlefield, lives were lost and war was won, but it is in the aftermath where countries can truly rise up. Canada was one such example. Her role in the Paris Peace Conference, signature upon the Treaty of Versailles, and seat in the League of Nations can be largely attributed to the deaths upon the field. Essentially, this gave Canada her first true invitation to the world stage, with the beginnings of autonomy away from the US or Britain. Nationalism and patriotism featured more heavily in the country’s psyche, as civilians came to terms with the destruction around them. Delegates in Paris walked streets clogged with debris from the rebuilding efforts, trying for peace in the aftermath of war. Yet the euphoria of victory had not yet left, lending fervour to the proceedings.

The Paris Peace Conference and the League of Nations were instrumental to Canadian autonomy. The sanctity of Canada being able to sign, on the peace treaty after “the War to End All Wars”, was an immense sociopolitical symbol. Economic autonomy was slightly augmented by the German reparations, but not by much. However, the post-war economy gave rise to the prosperous Roaring 20s, with business and innovation booming around Canada.

The Paris Peace Conference thrust Canada onto the world stage, and essentially firmed Canadian identity by giving fuel to the nationalist fire. The social, political, and economic autonomy that came with such a spotlight further illuminated the ascendant Dominion of Canada.

These widgets are displayed because you haven't added any widgets of your own yet. You can do so at Appearance > Widgets in the WordPress settings.

Theme by Anders Noren — Up ↑